Joan Mitchell was a leading American Abstract Expressionist painter and printmaker. Working in an inventive gestural style, Mitchell’s works are characterized by their luminous layers of color and inspiration from nature, as seen in her hallmark work Sunflower (1972). “My paintings are titled after they are finished. I paint from remembered landscapes that I carry with me—and remembered feelings of them, which of course become transformed,” she once reflected. Born on February 12, 1925 in Chicago, IL, Mitchell earned both her BFA and MFA from the School of the Art Institute of Chicago. Moving to New York in the late 1940s, she was introduced to the ideas espoused by Willem de Kooning, Jackson Pollock, and Hans Hofmann. In 1951, Mitchell was included in the groundbreaking “Ninth Street Show,” curated by Leo Castelli at the Artists’ Club in Greenwich Village. Over the following decades, the artist divided her time between Paris and New York, developing the style of blocky shapes of lyrical color for which she is now known. Mitchell died on October 30, 1992 in Paris, France at the age of 67. 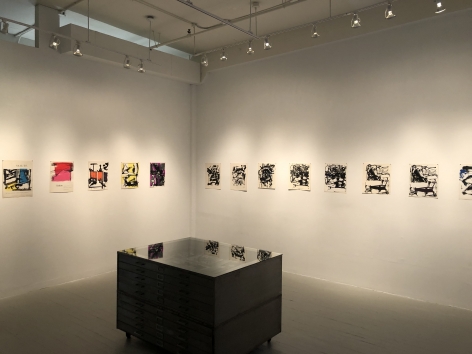 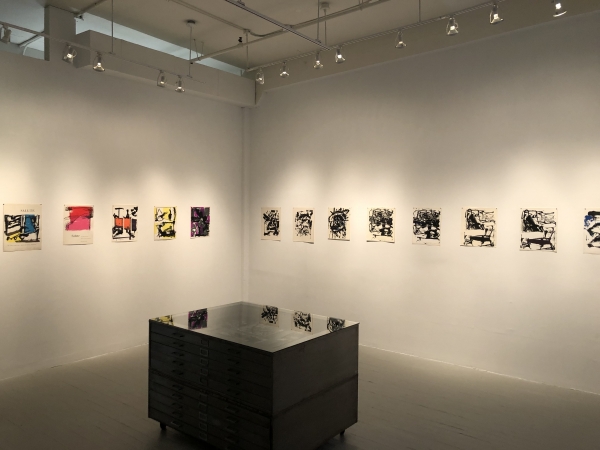 On view are some rare proofs by Joan Mitchell and prints by Grace Hartigan from “Salute”, a collaboration between the artist and poet James Schuyler. Also on display are photographs of Joan Mitchell working in the Tiber Press printing studio and some of the acetate sheets painted by the artist before printing the silkscreens.

Click here to view the 3D video of the space, via Artland.com.