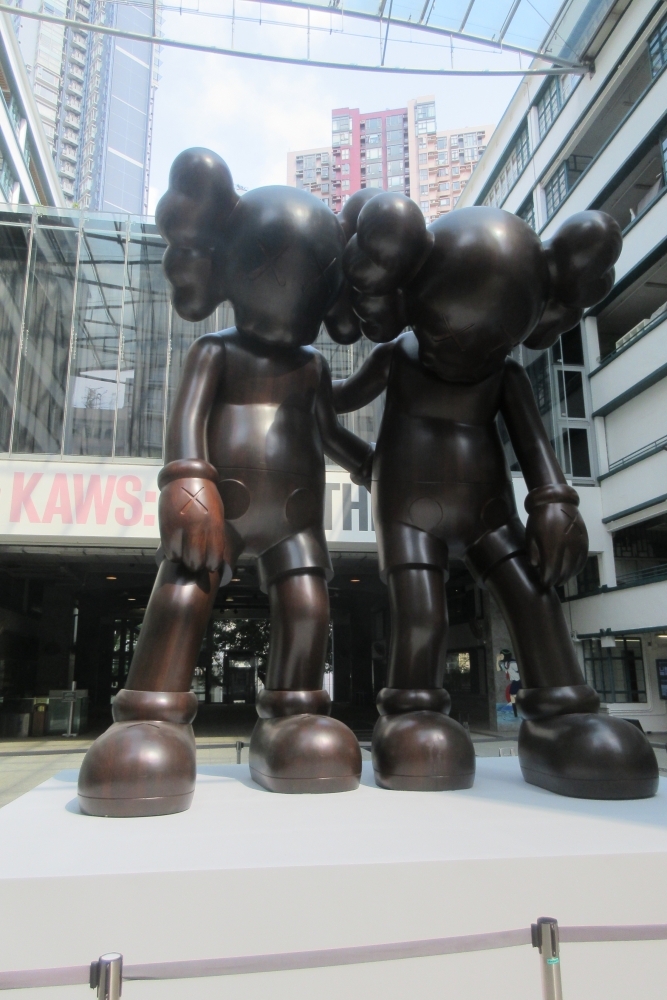 The art world has taken a bit of a turn since last year diving from high sales possibly fueled by recent tax breaks and leaving total auction sales of works over $10 million down by 35 percent in the first six months of 2019 compared to the same period in 2018, according to the Spring 2019 Intelligence Report by Artnet News. Modern and Impressionist art was less profitable at auction in the first half of this year than it has been in the past, showing a 35% drop in the average price of a work, comparatively. Globally, Brexit is still having a negative effect on the U.K. art market, which is showing the lowest levels in over six years. France’s market is up by 13% - which, according to Artnet, predicts many sellers who would usually sell in London will turn to New York or French markets or sell privately instead. Artnet also shows that abstract painting is not as popular as it used to be – out of all top 10 contemporary artworks this season none were abstract. Currently the most popular trend is figurative painting, and buyers have a more diverse interest than has been observed in the past. “Big spenders are more open to work by women and artists of color, as well as artists who have near-celebrity pubic appeal but have been regarded with cynicism by the art world – like KAWS.”

In a surprising first half of the year, contemporary artist KAWS outsold Jean-Michel Basquiat for the first time by just over $5 million, grossing over $70 million to Basquiat’s $65 million in the first six months of 2019. KAWS resides in Brooklyn and creates primarily 3D sculptural works, or ‘dolls,’ known for their dark atmosphere and simplistic almost bubble-like construction. The dolls currently for sale on KAWS’ website are listed at $580, but resell for over twice that much on eBay. But in an interview by Cristina Ruiz beginning on page 46 of the report, collector Dimitris Daskalopolous brings up the fact that artists often do not reap the benefits of the auction or resale price of their work. Daskalopolous: “this is something we need to correct. We should find a way for artists to benefit from secondary sales.”

Artnet sheds light on the myth that ‘contemporary art will never be popular.’ However, contemporary art is showing a consistent yearly rise in popularity when it comes to purchased works and value. The popularity of artists like Kaws, Koons, and Banksy seem to be a part of the advent of the Hypebeast movement – paralleling the pieces like Supreme red clay bricks selling for over $2,500 on eBay. Perhaps Hypebeast is the new Kitsch, with designers and artists such as Supreme and Kaws becoming the new Warhol, Rockwell, Haring. Even so, Warhol works are still topping the postwar charts with a total of over $150.3 million in sales at auction in the first six months of 2019. “Thirty years ago, buying contemporary art was the leisurely pursuit of a cosmopolitan elite. Today, it is more like a competitive spectator sport,” Artnet evaluates.

The interest in contemporary art is also reflected by the public’s interest in contemporary art museums. The Broad in Los Angeles is an example of this, it became “one of the 15 most attended American museums in its first year and has since grown its audience by 12 to 15 percent annually.” Contemporary artists have also gained more traction in total sales value than any other segment (between contemporary, postwar, impressionist and modern, and old masters) – contemporary art has seen an increase of 1,700 percent since 1988, going from 0.8 to 13.7% of yearly sales. “Of the 150 artists with the greatest increase in interested [Artnet] users since 2005, only one does not qualify as either postwar (which covers artists born between 1911 and 1944) or contemporary (artists born after 1945).”

Artnet also delves into the misconception that auction houses and art galleries are completely separate; while this may have been true in the past, in 2019 the two are melding together more than ever. With auction galleries seeing more of an uptick in sales in contemporary art, the borders between art galleries – which were previously the most common channel for new contemporary art hitting the art scene – are becoming more and more blurred, with a ‘direct to consumer’ track. Artnet speculates that this blending may be due to the fact that the two spheres complement each other’s strong suits. While art galleries are generally a more passion driven operation, and often specialize in the owner’s own specific taste, auction houses lack this “fresh-to-market inventory” and have a more broadly corporate feel. With a combination of the two, the consumer gets the feel of a smaller personalized gallery with the benefits of the more global consumer platform of an auction house. Artnet suggests that “for both high-end galleries and auction houses, it seems, the goal is to transform into 360-degree art-service juggernauts capable of handling a client’s every need, from private buying and selling to advising and estate planning to collections management and logistics.”