For F VI, 1996, Monoprint; intaglio & woodcut hand-inked by the artist and dsuted with pastel, Monotype from additional washes on Plexiglass 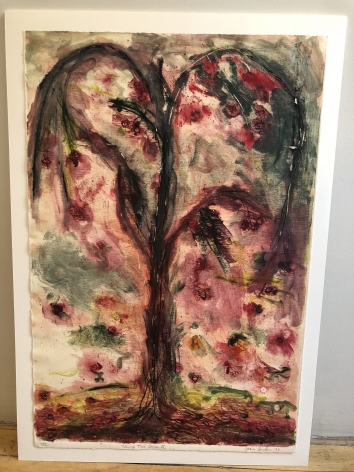 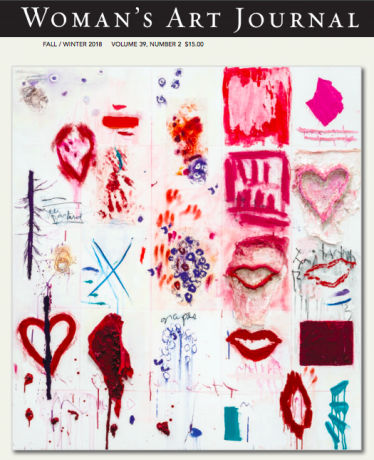 My Mother's Altar: Joan Snyder Paints to Face Herself

My mother has spoken about being at an altar when she paints. “It is the altar I go to face myself.” And “Art,” she says, “became a form of worship. Those were my shrines,” speaking about her altar paintings made in the mid-sixties. 5 Her work is her self-created spirituality. It is her calling. She reaches new levels of comprehension about the meaning of life by throwing down herbs upon canvas, awash with glossy green paint and golden glitter. In the 1960s, when “the personal is political” became a rallying cry, my mother was in step with the times. Her early altar paintings from that decade were abstracted versions of the female body, and she would often add tacky materials like gold fringe or fake leopard skin.